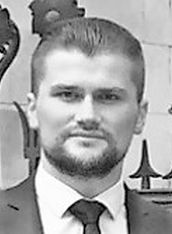 The Honourable Society of Inner Temple

Having graduated in Law (LL.B.) at the University of Kent in 2012, Alban went on to complete his Bar Professional Training Course at BPP Law School, London and was Called to the Bar by the Honourable Society of Inner Temple in 2013. From 2013 to 2016 Alban worked in finance and as a County Court Advocate, as well completing his Masters (LL.M.) in Professional Legal Practice (also at BPP Law School). Alban then joined Holborn Chambers as a pupil in July 2016 and after successfully completing his pupillage he became a tenant in July 2017.

Between 2013 and 2016 Alban worked in a bank, assisting in borrowing, insurance, debt consolidation and managing customer portfolios. As a County Court Advocate, he appeared in matters heard before District Judges in Chambers, instructed on a number of cases including residential possession hearings, mortgage disputes, infant settlements, charging orders, return of goods, applications to set aside and small claims trials.

Alban’s current practice consists of a combination of criminal and civil law. In his second six he represented in a number of cases in the magistrates’ court instructed by multiple law firms. As his pupillage progressed, Alban received instructions for matters in the Crown Court, representing clients in pre-trial matters and sentencing appeals. Towards the end of his pupillage and the start of his tenancy, Alban has been instructed in civil proceedings, appeals against convictions and several trials. His workload now includes a variety of cases ranging from criminal matters such as assault offences, dishonesty offences, driving offences – as well as civil matters, including: landlord and tenant disputes, injunctions, part 36 offers and trials.

R v A – Recently defended in a two-day trial where the defendant was charged with two assaults and a possession of a knife, consisting of 7 witnesses. Successfully dismissed the possession charge in a half-time no case to answer submission and later had not guilty verdicts returned on both assault charges.

R v P – Appeal against conviction allowed in respect of the defendant failing to identify the driver of an alleged speeding offence. Late instructions received but with a robust conference and compilation of convincing evidence, the court was persuaded that the defendant had done everything in his power to assist the police.

A v H – Injunction granted to resist the defendant from taking enforcement action against the claimant in the sum of over £100,000 upon persuading the court that there was a satisfactory undertaking offered as security.

S v R – Successfully argued that the defendant be allowed to defend a claim for possession as a result of disrepair. Fast-track trial and directions set as a result and intending to represent the client upon a trial date being fixed.