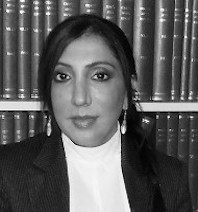 She is constantly instructed as a result of her proficiency and her firm yet personable approach. She has experience in representing a diverse range of clients that include vulnerable young defendants, adults and individuals suffering from mental illness.

Accompanied with considerable experience in criminal defence work she has regularly been instructed to prosecute on behalf of the Crown Prosecution Service and other prosecuting authorities that include the DWP, SERCO, G4S and British Transport Police.

She regularly appears before the Tribunal, Administrative Court of Appeal on all areas of immigration. She provides advice, representation and advocacy on national deportation, asylum, entry clearance, applications for leave to remain under the Points Based System.

Farah also has experience of judicial review work and drafts grounds for reconsideration to the Tribunal, applying for emergency injunctions and has drafted grounds of appeal for the Court of Appeal.

Farah is a significantly experienced criminal and immigrationAdvocate with over eight years experience.

She predominately has a practice that involves both publicly and privately funded work. She has appeared in courts throughout England and Wales that include the High Court, Court of Appeal and the Old Bailey.

Prior to coming to the bar she worked in a solicitors practice in the North of England, specialising in serious criminal cases. She also provided legal advice as a volunteer based at a local Legal Advice Bureau in Manchester.